I honestly don't know what is going on with my horse. It's 2:15 am and I just got back from the barn. Again, I arrived at the barn to find that Salem hadn't eaten his grain. But this time, he was pacing his paddock and looking worried, just like the freak-out episode that he had back in September.

A few weeks ago, when he had the infection, things were totally different. Thankfully, that was just a minor infection that he bounced back from in a few days. And I am thankful that my BO has actually taken my concerns about the rats seriously and things are greatly improved. I haven't seen a rat in weeks. So I don't think this episode has any similarities/causes as that incidence. That time, my guess is that he had some sort of infection/bug that was caused by the rat poop in his grain bin.

But this time, it has all the hallmarks of his mystery freak-out in September. I have no idea what caused it that time and I have as little clue as to what caused this one either. It's something in the nursery/grove nextdoor, as far as I can tell. But our last farm was also bordered by a  nursery/grove and he was totally fine there. I've thought about moving him, but I have no idea where we would go.

If Salem isn't better by tomorrow, I'll be calling Dr. F again and having him give Salem another shot of reserpine. I hate to drug him, but I have to do what I can in order to make my horse comfortable.


Last month, I posted one (fairly terrible) picture to preview the side-project I've been working on. Last week, I was lucky enough to snap some nicer pics on a much better, more willing model (no offense to my beloved Saley-boo, but he doesn't exactly work the camera like the horsey equivalent of Cindy Crawford!). Here are a few to give you a taste: 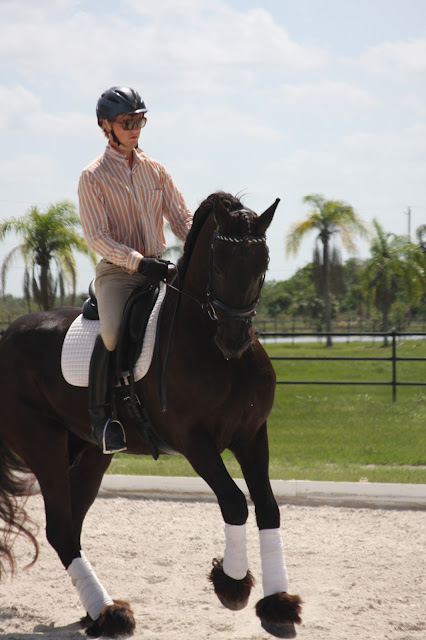 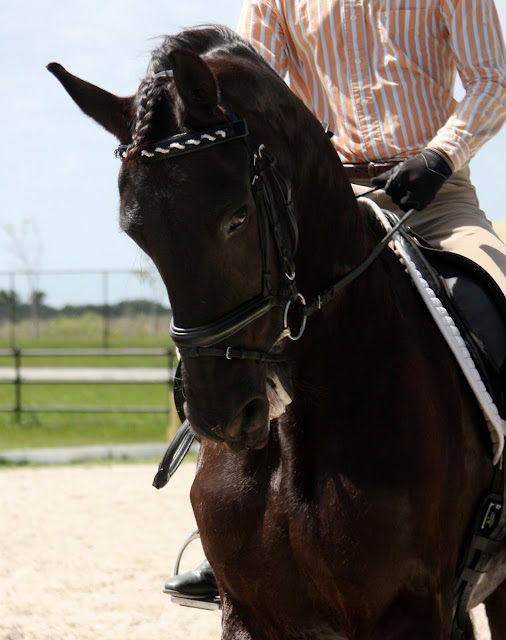 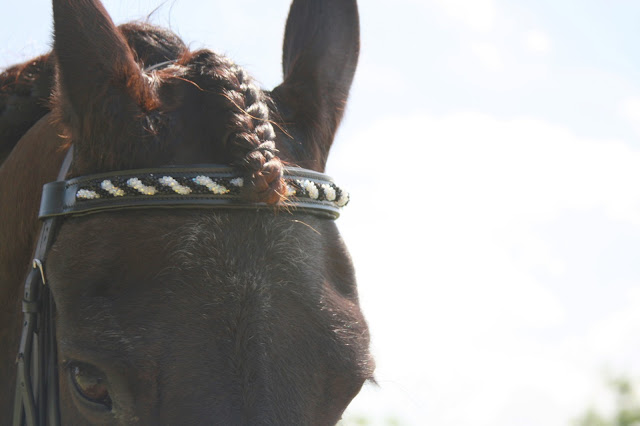 
Lately, I have been having many wildlife encounters. Just a few weeks ago, I was crouched on my screened-in porch wearing my giant blue leather "falconry" gloves, clutching a phone in one ear, holding an economy-sized Splenda box in the other, staring intently at a tiny little bird that my cat had had in her mouth for about 6 seconds, and whispering to my friend, "Should I poke it? Do you think it's okay? Do you think it needs to go to a wildlife sanctuary? Do I put it in the box? Will it try to peck my eyes out? Should I throw some bird seed at it?"

And then earlier tonight, I found this guy on the ledge of Salem's stall window: 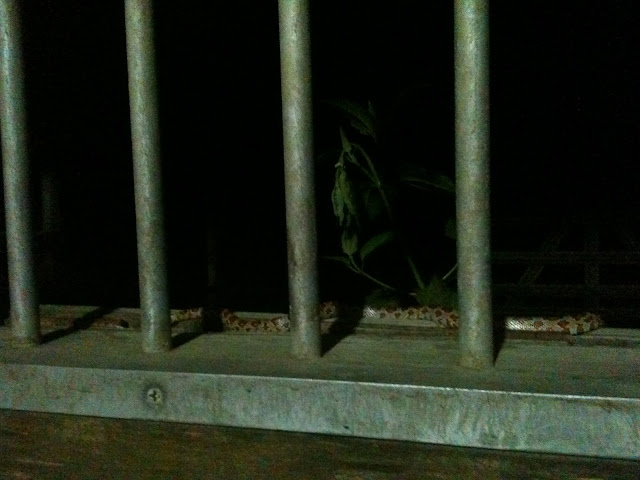 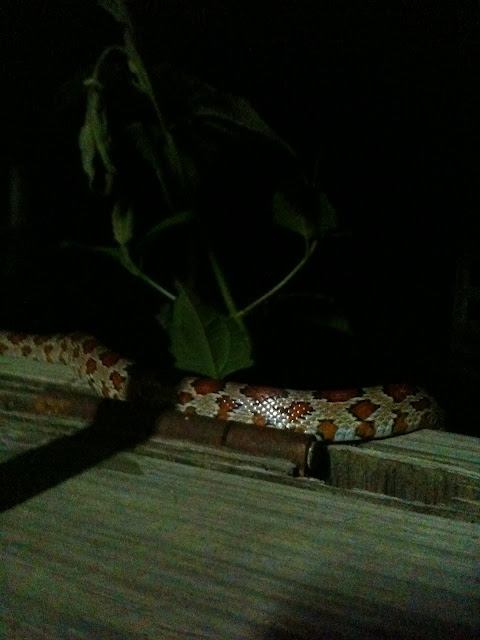 Is it terrible that I think he would make a super-cute purse?

Now, I was about 97% sure that it was just a harmless cornsnake. But I knew that Salem would probably wig out whether it was a 12-foot water moccasin or a baby garden snake. So of course, I did what any mostly-sane semi-sane horse owner would do: I boldly charged into the stall wielding a riding crop and the protective fury of a mama cougar defending her young.

Oh, yes I did just yell "Git!" to a snake. At that point, he looked like he was going to slither into the section between the boards (the stable has double walls and he was going in between them), so I had to keep poking him with the crop and hoping he would vamoose.

I swear, these horses have NO idea the lengths we dedicated horse owners go to in order to ensure their health, safety, comfort, peace of mind, etc.--NO.IDEA.

My TB Is Morphing into An Appy!


Well. Not quite. But Salem is developing some chrome/bling besides his star.

Yes, it is possible, I promise; and I'm not just talking about some little white hairs from a scratch or other injury. Nope--I'm talking about Birdcatcher spots. 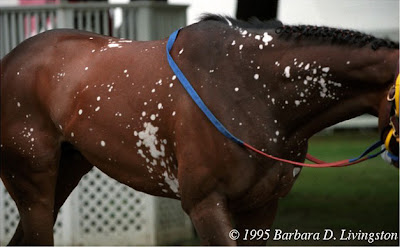 The above pic is an extreme example of Birdcatcher spots; most that I've seen are much more subtle. So, what exactly are these little white flecks? According to http://www.whitehorseproductions.com/tbcolor3.html, there is a group of markings (Chubari spots, Bend Or spots, Manchado, and Birdcatcher spots) and "these odd patterns of dark and light spots do occur in other breeds, but they seem to be particularly prolific in the Thoroughbred, which is, of course, why most of them are named after TBs. The genes responsible for these spots have not yet been identified, so not a great deal is known about them. They are, however, entirely separate from the genes responsible for Appaloosa coloration." Birdcatcher spots, named for the Irish-born Thoroughbred stallion Birdcatcher (1833), are "patterns of small white spots on a dark coat. Usually, these spots appear once a horse has reached maturity and eventually disappear. Sometimes, however, they do seem to be permanent." These are NOT white hairs that develop due to a cut/scrape/injury.

I've seen these same markings on a Quarter Horse and a warmblood, although not until I moved to Florida (I wonder if sunlight has anything to do with it?). And I think they're simply adorable. :-)

Salem only has a few so far. But I'm kinda hoping he'll develop more. It would be WAY cool if he was as speckled as Willspynow, but of course the odds of that happening are slim to none. Still, the six little flecks that he has are quite cute--kind of like reverse freckles. 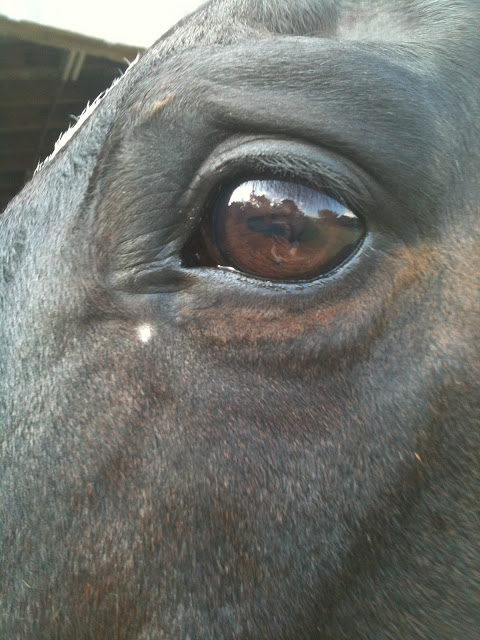 Left Side of Neck: 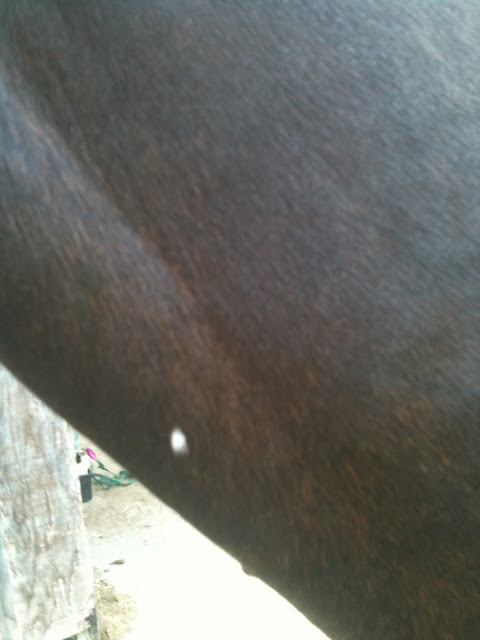 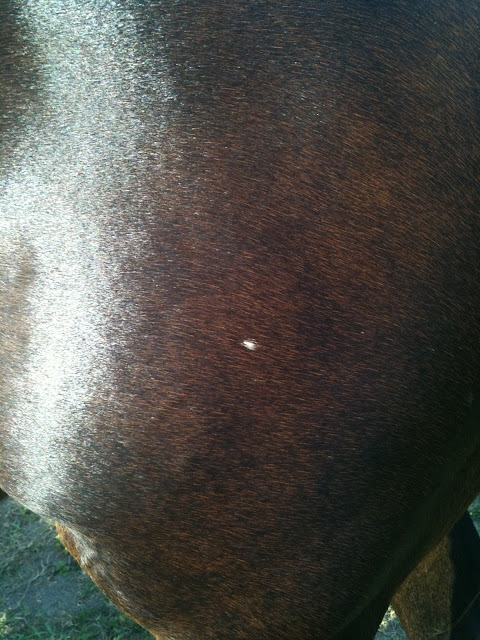 Right Side of Neck: 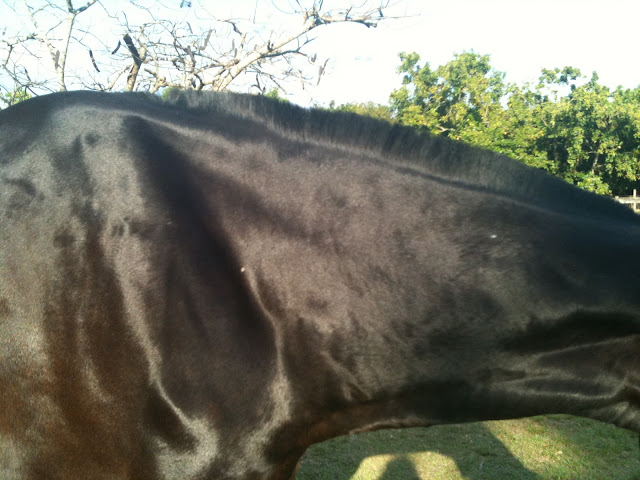 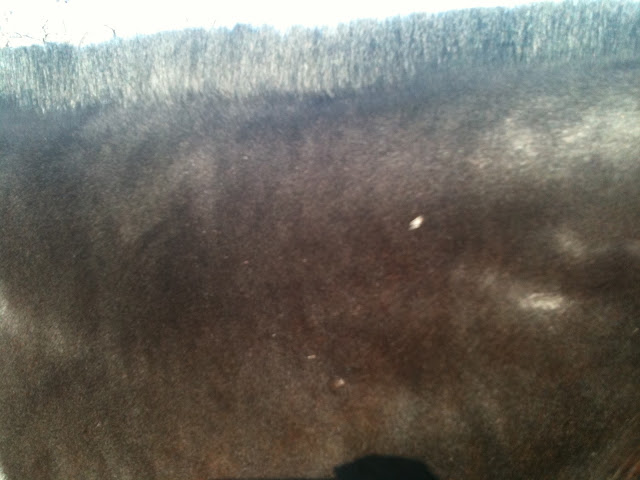 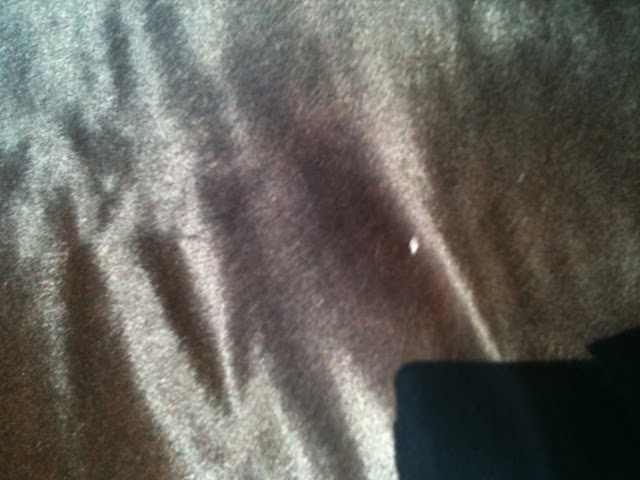 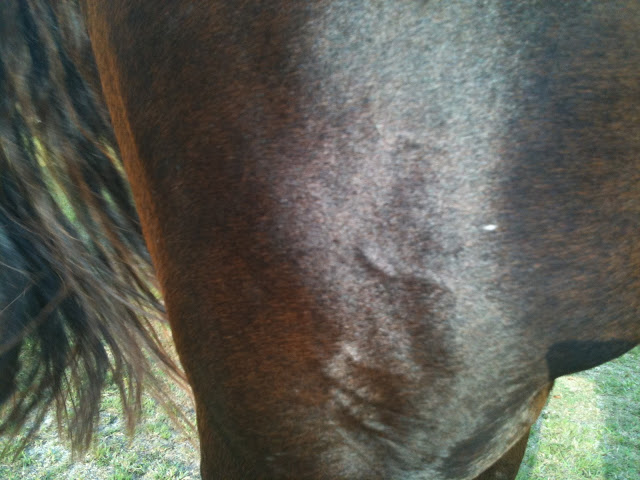 This one looks near-invisible here, but it's much more clear in person

Anyone else have a horse with Birdcactcher spots or other unusual markings?