A Murderer Walks Amongst Us 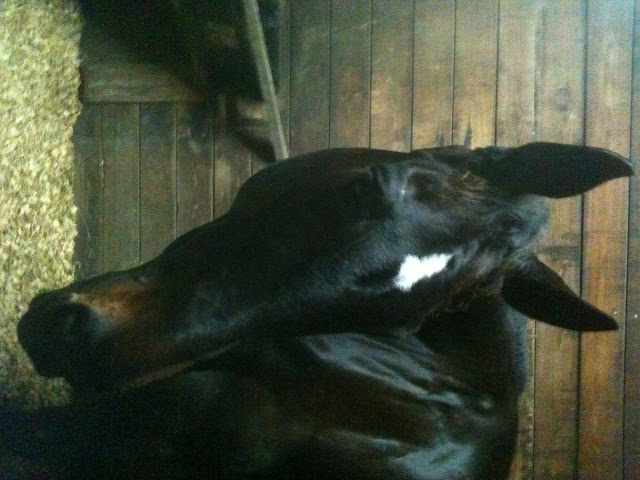 Nope, it wasn't Salem. And it wasn't Professor Plum in the conservatory with the dagger, either. It was Oliver in Salem's stall with his cougar fangs and/or bear claws.

Now, I don't think I've ever officially introduced Oliver. He's been lurking in the background of many of my videos/pics, so you've probably seen him already. Oliver is a scrappy little terrier mix that I picked up off the street as a tiny puppy, about two weeks before Salem came down here from Chicago. A lot of people think he has rat terrier in him, maybe some Chihuahua, and goodness knows what else--I call him a Redland Terrier because I found him in the Redlands. ;-) I'm not a little dog person, but I guess the universe is trying to teach me a lesson. Because, really, how could you not fall in love with this guy? 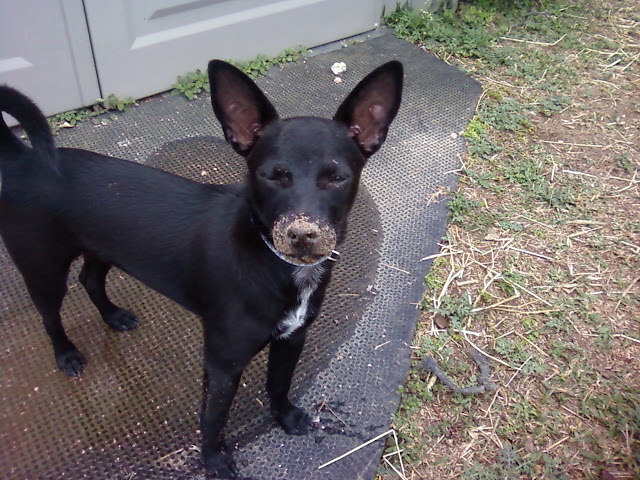 His victim? One Ben Templeton (that is what all rats are named, in my mind). Time of death was around 10:45 pm. I was just finishing up grooming Salem when, out of the corner of my eye, I saw a small animal moving right underneath Saley-boo. I assumed it was a frog, but a half second later I realized it was a rat and started screaming bloody murder. Salem hit the roof, I started doing the "Omg, it's gonna run up my leg!" hippity-hop dance whilst continuing my blood-curdling scream, and Oliver jumped up like a rocket and chased the rat into Salem's stall. About two seconds later, I heard a squeal and assumed Oliver had chased it off, so I peered around the stall door. 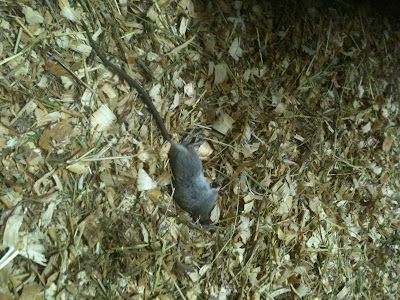 This rat has ceased to be
Luckily, it didn't take Salem long to settle down after all the commotion/murder. Of course, he didn't have to deal with cleaning up the crime scene. Lucky bastard. :-) 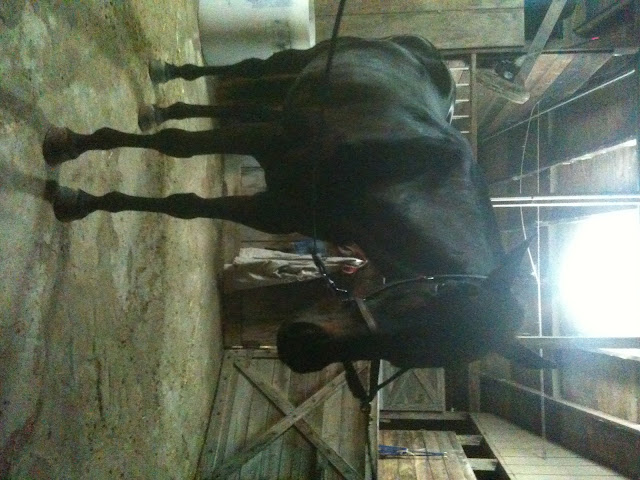 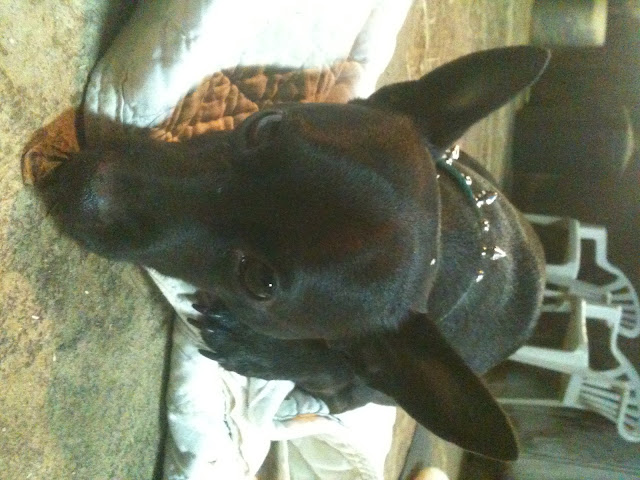 "I killed it. You clean it up."
Now, I'm a pretty tough girl--I've jumped out of an airplane twice, gone cliff-diving in Jamaica with some people I kind of thought might kill me, and done a million other ridiculously dangerous/stupid things without batting an eyelash. However, when it comes to doing things like cleaning up potentially disease-carrying corpses, I am a total pussy. I did manage to suck it up and unceremoniously scoop the rat and all surrounding shavings into a wheelbarrow, and that's as far as I got. Mr. Templeton is still in the wheelbarrow and he will remain there until someone else deals with his cold little corpse.


I thought Salem might smell rat corpse fumes (?) once he got back to his stall and wig out again, but fortunately he was totally chill. 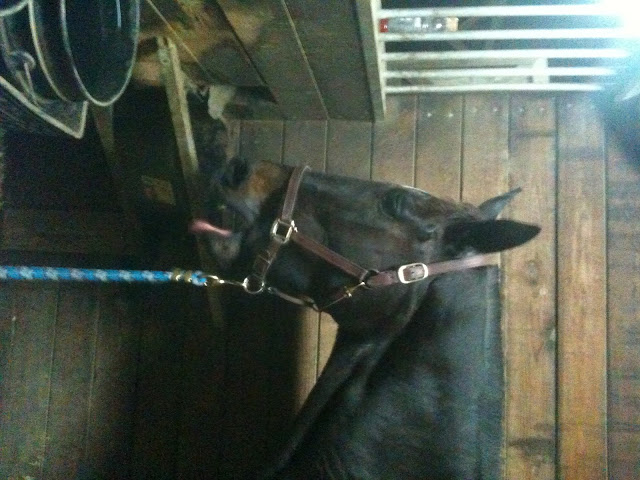 He still always yawns like crazy before I let him eat his late-night snack. It's now just his routine. 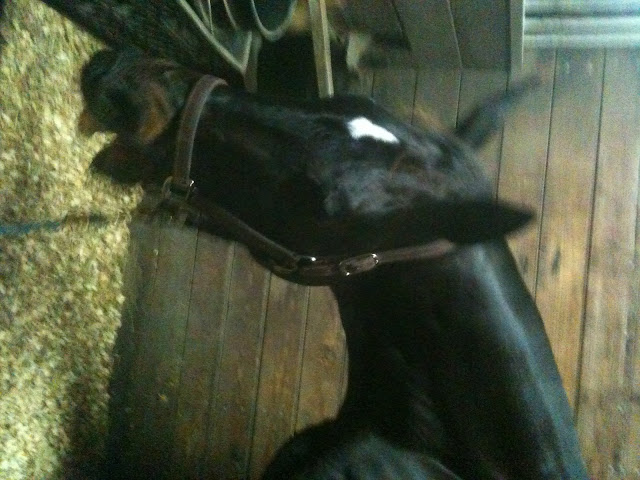 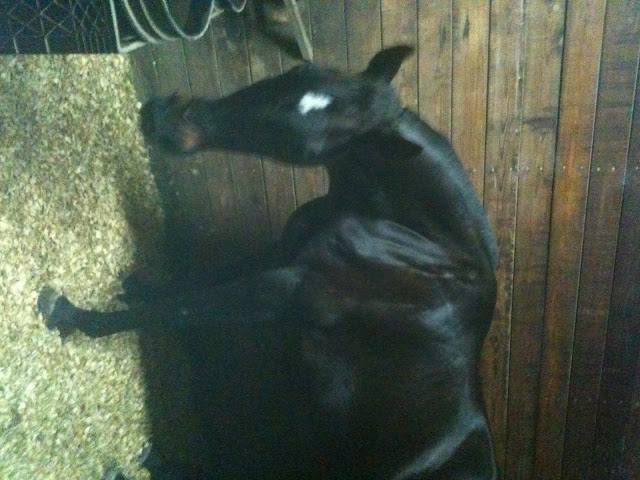 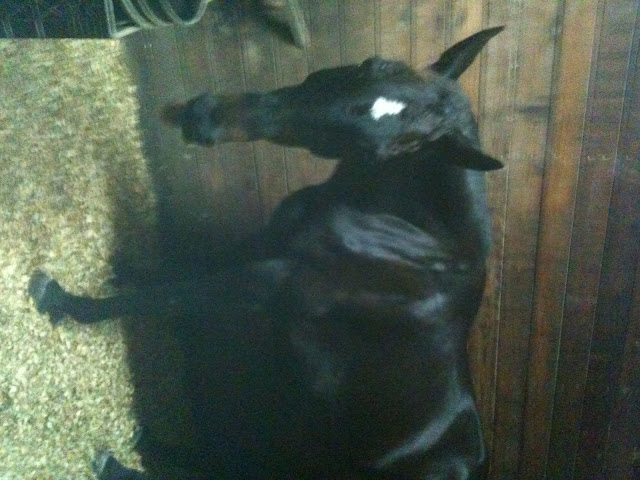 Oliver, however, had to give the stall a once-over to make sure that Salem was safe and sound before we left.

I will, of course, call my vet's office tomorrow, but does anyone know if Oliver will need any sort of preventative treatments since he just had his mouth around a dirty rat? He's just about due for his shots, but I'm wondering if he could get leptosperosis or something. ??? Fingers crossed that he will be okay.
Posted by Frizzle at 1:55 AM 9 comments: